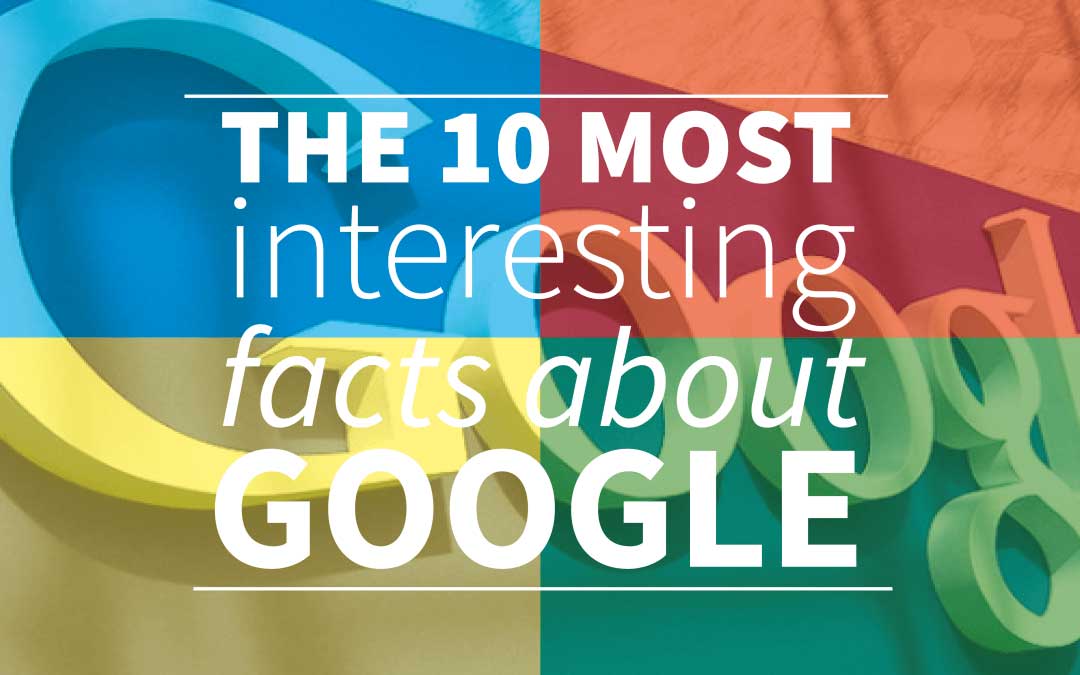 Google, a search engine launched in 1997 by two Stanford students: Larry Page and Sergy Brin. For two years, these students had worked on an advanced method for finding information on the Internet. Since the creation of Google, the company is already worth $ 400 billion! This makes Google one of the most valuable brands in the world. Google has also developed much further than just a search engine. Today you can  navigate, mail, watch videos, upload your own videos, read the news, translate other languages and much more. Google is with 3.5 billion searches a day, the most popular search engine in the world. We’ve collected the most interesting and funny facts about Google!

Google has an index with more than 3 billion websites. When this index would be printed, you’d get a 130 miles high stack of paper. Google searches through all these websites in less than half a second. This also shows the importance of SEO, your audience will have to find your website between this large index of sites.

Later, the company wanted to change their name, that’s how the name:Google was born. After all, Google is a misspelling of the word: Googel, the mathematical term for a one with hundred zeros. This name would reflect the company’s mission to make all information accessible to the world. That worked out pretty well, don’t you think?

PageRank assigns a value of relevance to every website and determines how important a website is. PageRank is named after the co-founder of Google: Larry Page. SEO ensures you that your website will be considered as important by Google. If your website is considered (more) important by Google, your website will be higher in the rankings. Nobody on the outside knows exactly how PageRank works, which makes it quite hard to manipulate this system. This is probably the key to success, because this makes that you’ll always get the best results for you!

Start optimizing your web content with our free trial!