The Google Hawk Update and the impact on local SEO 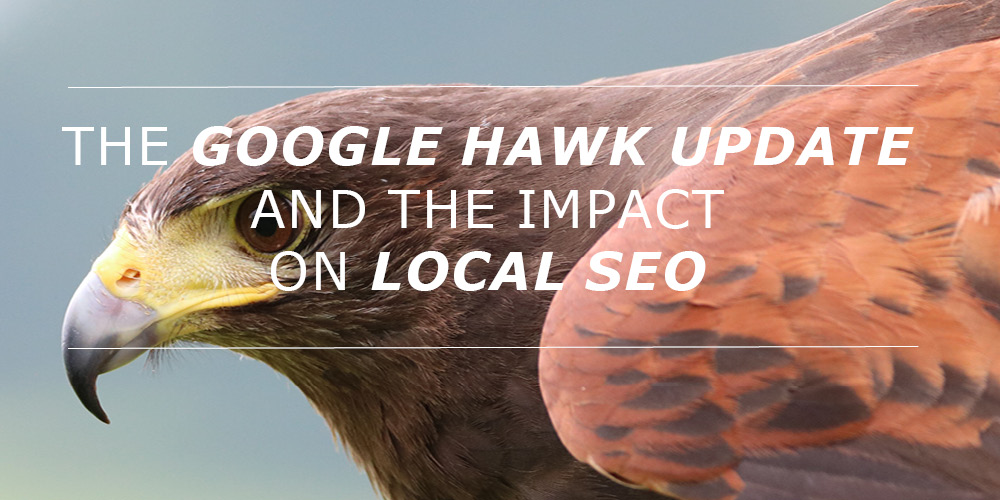 On August 22nd 2017, Google seems to have released a big algorithm update. The update is called  “Hawk” by the SEO community. In this blog you will read all about this update and the impact for your company.

What is Google Hawk?

Hawk is the name of a Google algorithm update that was released on 22nd of August 2017.

What is the impact of Google Hawk?

This update impacts the local SEO results. The changes affect the way local search results are filtered. Google tries to avoid having duplicate businesses in the local and the “normal” organic search results. With a previous update (the Possum update in  September 2016) there have been some changes for this. This included filtering businesses offering the same kind of services or products and that are on addresses close to each other. However, in some cases businesses were filtered out a bit too strict and businesses that already had strong organic rankings were given a huge advantage over others. There was also quite some shady ways to influence this and bump out your competitors from the search results… With this new update this filtering has improved. The filtering is less strict and more companies should be visible now. However, companies located on the same address (with the same kind of services / products) will probably not be affected yet.

What should I do now?

Check these important things for your local SEO :

Why is it called “Hawk”?

Google doesn’t give official names to updates. They rarely even confirm or deny updates at all 🙂 In this case the update was called “Hawk” by SEO expert Joy Hawkins. The idea behind this, is that it is connected to the Possum update and Hawks like to eat  Possum 🙂