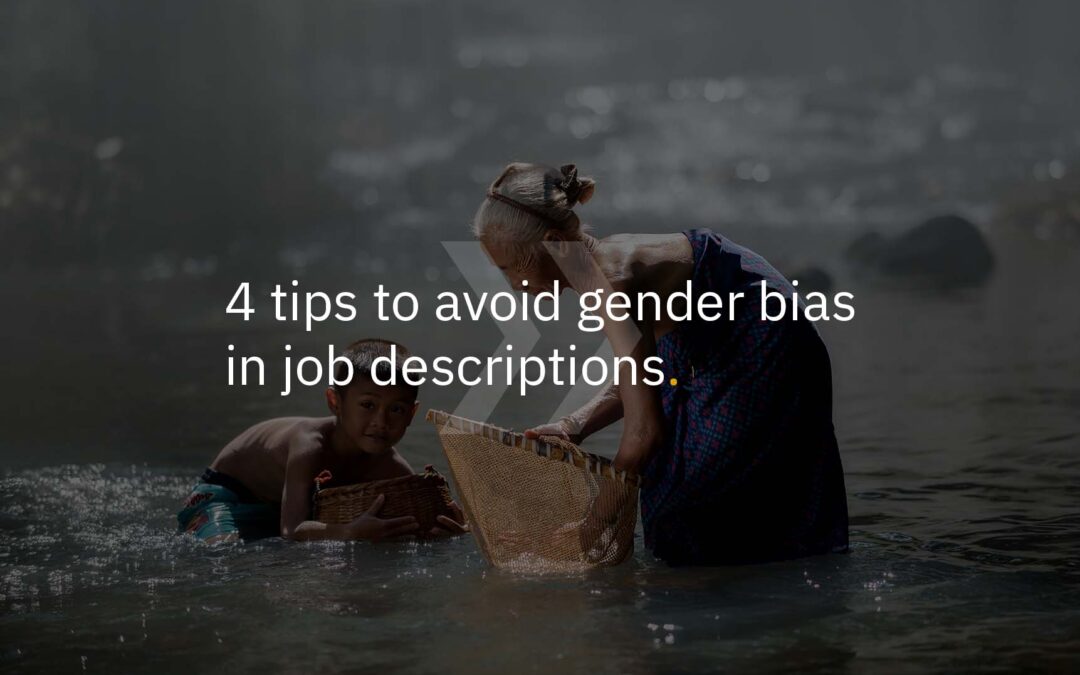 Do you generally receive more applications from men than women? Then your job descriptions probably appeal to men more. Chances are, they contain words and sentences that are gender-charged. The use of more masculine words in job descriptions is very common. These are words that are often used by men. And less used by women. In fact, gender bias is one of the most common biases in recruitment. And that’s a problem. Because if you want an inclusive and diverse workforce, you need to reach both men and women.

How to avoid gender bias in your job descriptions?

Keep your job titles simple. Using neutral descriptive titles like “engineer,” “developer” or “project manager” appeals to both men and women. While popular titles like “guru,” “hacker” and “superhero’ mostly just appeal to men. Women will not read your job descriptions with these titles.

In writing, you mostly use ‘he.” It’s better to prevent the use of this masculine pronoun. You can do so by using “he or she.” But it would be even better to use “you” and “your.” That way, you don’t just appeal to both men and women. You also write in a more direct and appealing tone of voice.

Words you often see in job descriptions are:

The first two are masculine words. The last two are more feminine. It’s best to avoid all of these words. Instead, you should opt for more gender-neutral words. Words that men and women can both identify with.

How Textmetrics can help you avoid gender bias

Do you want to receive more applications from women? Then you’re in need of the Textmetrics platform. The platform can help with avoiding gender bias. Just like the tips above do. But it requires less effort than implementing the tips yourself. You’ll end up with bias-free job descriptions. That have a more gender-neutral tone of voice and appeal to men and women alike.

Curious to know more? Then get in touch. We’re here to help!