Three examples of gender bias in the workplace 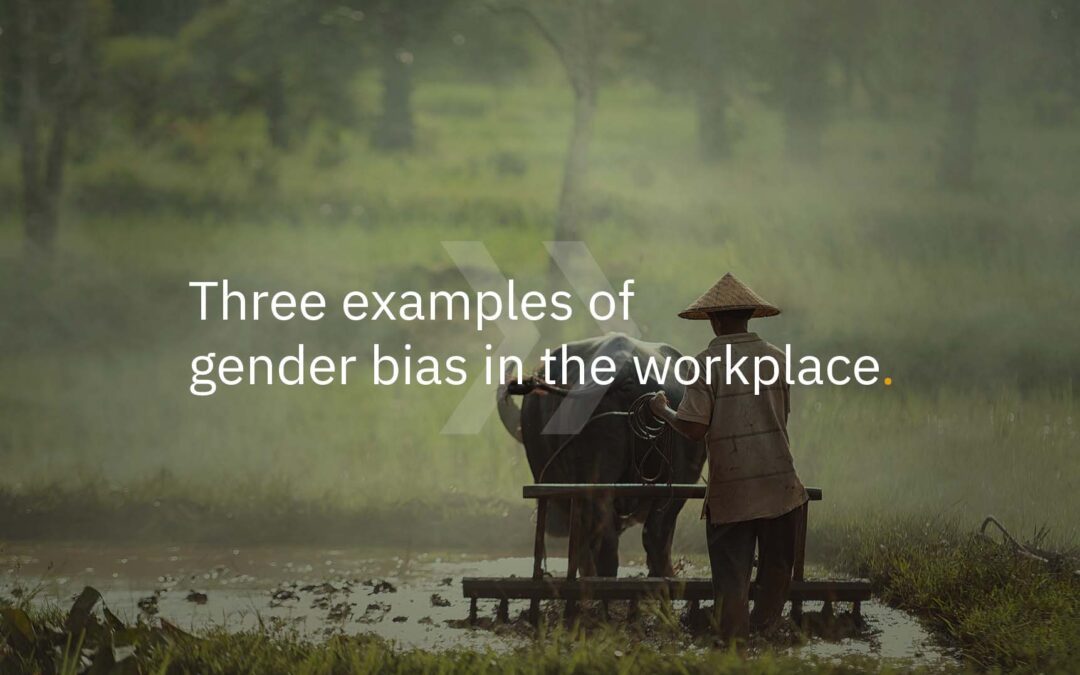 Think about your workplace and ask yourself the following questions:

If the answer to one or more of these questions is ‘no’, that is probably due to gender bias. This is often a form of unconscious or implicit bias. And women are mostly the ones who suffer as a result of it. Gender bias occurs when someone unconsciously attributes certain attitudes and stereotypes to someone. For example, men may be considered more analytical and less emotional. As a result, they have a better chance of being considered for a leadership role.

Gender bias in the workplace is always problematic. Not only because all people deserve equal treatment and chances. But also because gender bias stands in the way of becoming a more inclusive and diverse company.

Gender bias in the workplace takes different forms. Let’s have a look at the three examples below.

Gender bias starts even before the interview. Recruiters decide who to invite for interviews based on application letters. From research, we know that women get invited less. When they do get invited, they’re often set different interview tasks than men. Men are more frequently given math-based interview tests, while women are given more verbal tests. Women are also more likely to be asked about parental plans and responsibilities. Men rarely have to answer these kinds of questions.

2. Gender bias and the pay gap

Gender bias in job descriptions is not uncommon either. We see a lot of words in job ads that mostly appeal to men. These are words that women don’t identify with. As a result of which, they will refrain from applying. Women want to meet 100% of the qualifications asked for. If they meet less than 100%, they won’t apply. For men, meeting around 60% of the qualifications is enough to apply. You should therefore only list the qualifications that are absolutely necessary for the job.

No more gender bias in the workplace? Use Textmetrics!

Gender bias is unfortunately still very common and a real problem. Above are just three examples, but we could list many more. To become a more diverse and inclusive company, the gender bias problem has to be tackled. You can use the Textmetrics platform to take the first step. You can use it to eliminate gender bias from your job descriptions. And write job ads with a gender-neutral tone of voice that appeals to both men and women. As a result, more women will apply. And you can answer the first question we asked at the beginning with a ‘yes’.