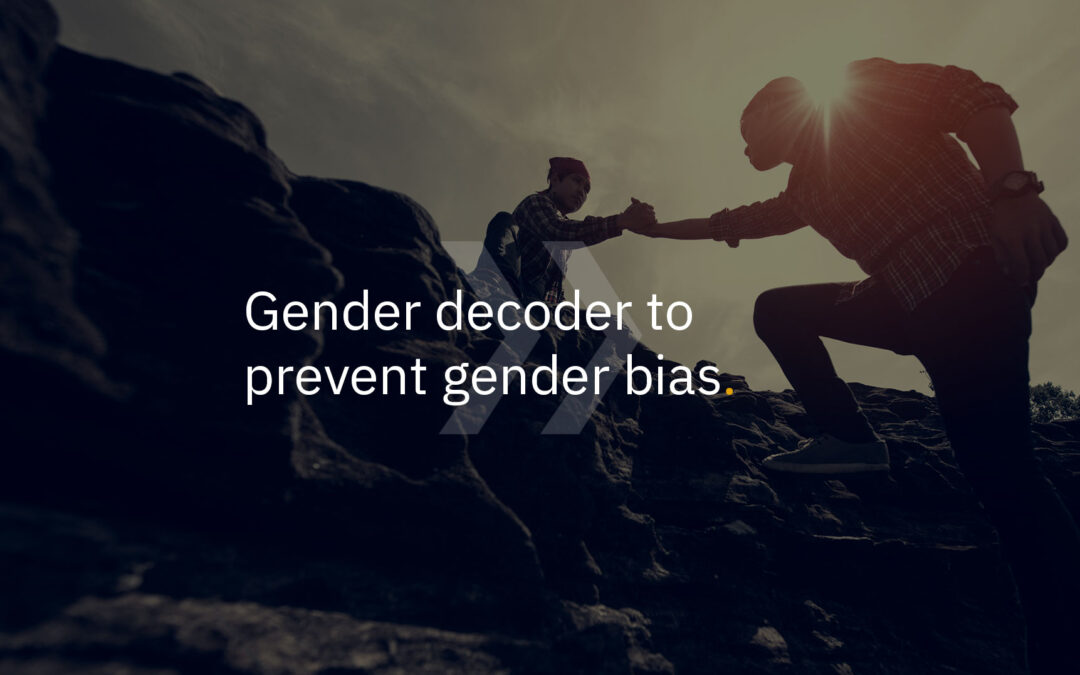 When we speak about more diversity and inclusion in the workforce, gender diversity is something that almost always comes up. Companies strive for more women in leadership roles, or more women in general, but struggle to succeed in doing so. Gender bias plays an important role here. And it all starts during the recruitment process.

Because to hire more women, these women first have to apply to your jobs. They will only do so if you can appeal to them and convince them that they are the candidate you’re looking for. What is the role of gender bias in recruitment? And how can a gender decoder prevent it?

Gender bias in recruitment relates to the simplified judgments we make about the characteristics of jobs and the ideal candidates for them. For example, recruiters might label traits like analytical thinking and emotional thoroughness as typically male. When these traits are needed to excel in a job, they may unconsciously be looking for male candidates.

This gender bias can be spotted in the job descriptions recruiters write through  the use of gendered language. They use gendered nouns and pronouns that put women off applying for certain jobs. For example, a job description may contain words like man, mankind, man-made, policeman, the common man and he, while these can easily be replaced by more gender-neutral nouns like person, people, machine-made, police officer, the average person and he or she.

The use of a gender decoder to prevents age bias

One way to prevent yourself from using gendered language, which you often do without even realizing it, is through the use of a gender decoder. It’s a tool that analyses job descriptions to help you understand the hidden implications of the language you have used. It highlights the gendered nouns and pronouns that you might have used, but also words that are associated with masculine or feminine traits, such as aggression for men and compassion for women. Unintentionally, these words contribute to a gender bias.

The Textmetrics platform has a built-in gender decoder that does exactly what we’ve just described. It analyses your job descriptions and gives you suggestions for a more gender-neutral tone of voice and options for words that appeal to both men and women. By doing so, you give women an equal chance to apply, and it becomes a lot easier to hire them for your jobs.