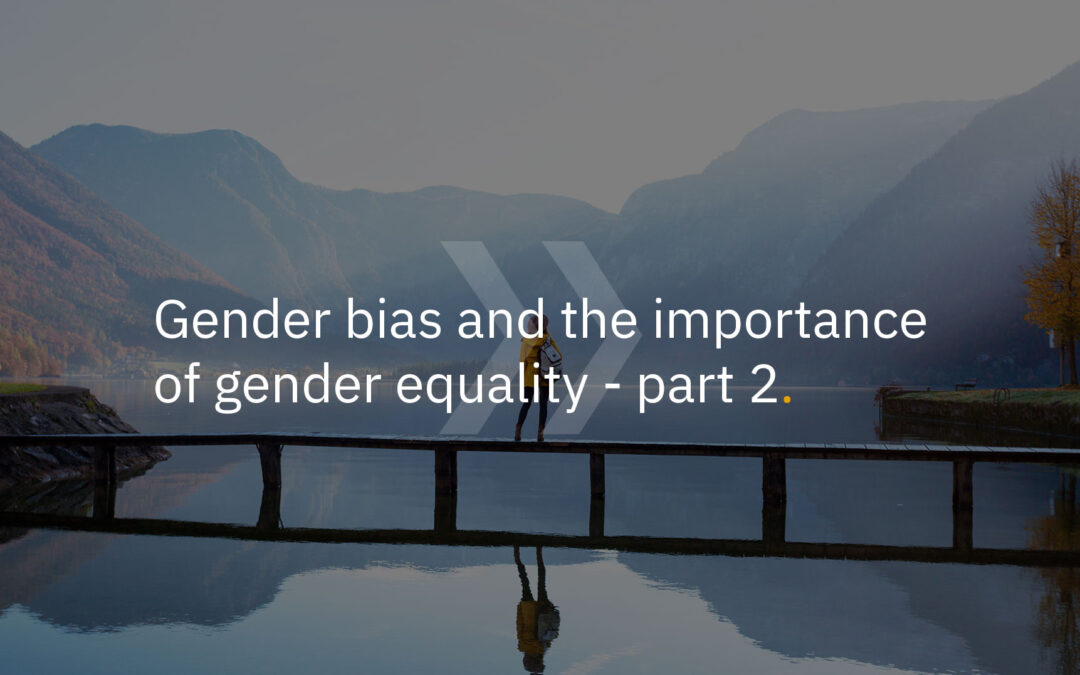 5 reasons why gender equality is important for the recruitment process.

Gender bias in recruitment is a big problem. Especially if your company has set itself ambitious diversity and inclusion goals. You’ll never reach these if you can’t manage to appeal to people of all genders. Although mostly unintentionally, job descriptions often have a more masculine tone of voice. And as a result, women don’t feel motivated to apply. You’ll need to change this. Because gender equality in the workforce brings with it a number of important benefits. It’s high time we remove that gender bias.

This is the second of two articles in which we explain why gender equality in recruitment is so important. There are 10 most important reasons. In each article, we’ll give you five reasons. The following reasons will be explained in this article:

Gender equality has a huge effect on collaboration between employees. Women bring different skills to the table than men do. For example, women are better at reading non-verbal signs during a meeting. And they are also better at taking turns in a discussion. The more diverse the set of skills you bring to the table, the more fruitful collaboration can be.

As a recruiter, you want to reach as much talent as possible. Especially since talent is scarce. Being known as a diverse and inclusive company is a powerful recruitment tool. People looking for a new job often say that diversity and inclusion is important to them. So scoring high on those two aspects really boosts your reputation.

More profit is every company’s dream. More gender equality is one way to achieve this. Research shows that the most gender-diverse companies are 21% more likely to have above-average profitability.

Employees who enjoy their work are more productive. So, what if you know that gender bias stands in the way? Gender equality leads to happier employees. And that’s not because women are happier. So are men when they’re working in a more gender-diverse company.

Gender equality is also necessary to increase flexibility. When women and men share responsibilities at work, they also tend to do so at home. In Scandinavian countries, men and women already share their parental leave. This flexibility has a positive impact on people’s happiness and well-being. And as we mentioned above, this increases productivity.

The five reasons above show how important it is to remove gender bias in recruitment. And there are five more reasons to consider, which you can read all about here.

Convinced that you need to remove gender bias? The Textmetrics platform can help you. The platform helps you with writing more inclusive content. This will also be bias-free and have a more gender-neutral tone of voice.

Curious to know more? Then get in touch with us!